New York Mets right-handed pitcher Carlos Carrasco is feeling great on the back of elbow surgery. The Venezuelan-born star turned 35 this Monday and, having pitched with a bone fragment in his elbow for seven years, feels as though he has a brand new joint.

Carrasco, who joined the Mets last year after spending most of his career with the Cleveland Indians, finally decided to undergo surgery, doing so in October and, with a week of spring training gone, is feeling great.

“It feels like a new elbow for me,” the 35-year-old said this week after working out at Clover Park.“It doesn’t bother me, I can finish all my pitches, everything. So it’s completely different.”

He claimed his split-changeup is now a lot better after it had lost some effectiveness. He reckons his curveball arm is improved too as he no longer has to curtail his movements to protect the elbow.

The pitcher doesn’t feel like the combination of the surgery and a shortened spring training period will impact his availability for the start of the upcoming regular season. He began throwing three to four weeks removed from the surgery and upgraded to live batting practice by the end of the lockout. He is set to make his Grapefruit League debut against the Florida Marlins on Thursday.

The end of the lockout has come at a great time for fans and punters alike. There’s plenty to bet on at the moment where American sports are concerned. March Madness is currently ongoing, while the NBA’s regular season is coming to a close, with the playoffs approaching. There will be a lot of options to take advantage of, especially for NY residents, like the different promo codes that BetMGM has in New York.

As for Carrasco, the veteran is looking forward to Thursday. “I’m ready for it,” he remarked. 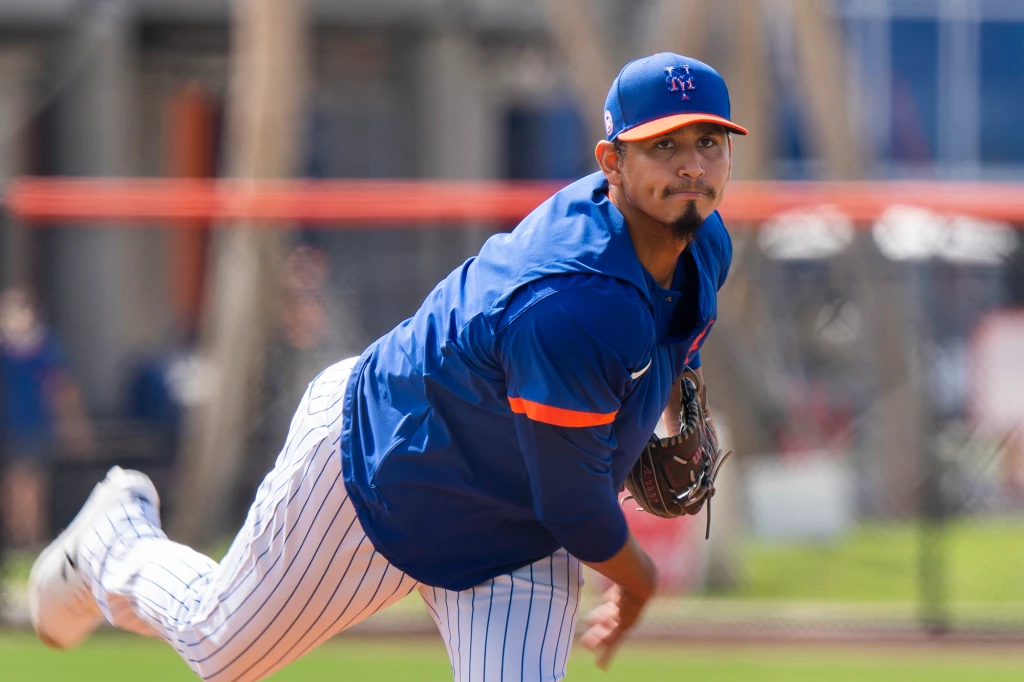 The player saw his first campaign with New York ruined after tearing a hamstring in spring training. The injury caused his debut to be pushed back to the end of July and saw him make just 12 starts to the tune of a 6.04 ERA. Now, he says he feels like a fully healthy status plus some rest will help him get back to the pitcher he was for the Indians.

“It was a lot last year,” he offered. “Getting traded to a new team, new teammates, I was kind of a little bit under pressure because I got traded so I needed to pitch well and all that kind of stuff. Everything happened, my hamstring, for the first time. Then I ended up missing three months of the season. I fell a little bit behind getting to know the league and all that stuff and getting my arm built up.

“But finally I got to pitch last year — not very well, but I learned a lot from last year. Bring it to this year and I can’t wait till games start.”

Meanwhile, infielder Eduardo Escobar has quickly become a popular figure in the Mets clubhouse. The veteran is only in his first week of spring training but is quite the presence.

It was thought that he would be a loud voice in the clubhouse after he signed a two-year, $20 million deal back in November and he’s now seen as just that.

“Real calmness about him, doesn’t need to show everybody,” manager Buck Showalter said of the new infielder. “Those guys that are always trying to show everybody how good of a guy they are, aren’t always. You see people are drawn to him very quickly — much like Robbie [Cano] and a lot of our guys. Those types of guys bring a certain calmness through storms. We’re lucky to have him.”

Showalter will be hoping the player can be as valuable on the pitch when the season begins and has disclosed that the player will get most of the reps at third base, with J.D. Davis singled in third, first, left field and DH. Escobar made 93 starts at third base with the Arizona Diamondbacks and Milwaukee Brewers last season, also making 31 at second and 14 at first. He has also started at shortstop, left field and center field during his 11 years in the pros.

“I prefer to play third base — that’s where I feel the most comfortable — but at the same time, if Buck needs me to play in a different position, that’s fine with me,” the player said through an interpreter. “As long as he trusts me and I’m able to give him that confidence that I can play at a high level at a different position, I think that’s what I’m going to do to the best of my abilities.”