What is the next best step in space exploration? According to the US National Academies of Sciences, which recently celebrated their 159th annual meeting, the mysteries of Uranus should finally be revealed in the next few years.


Every ten years, look at the next ten years

The solar system is large, the forces of human exploration are already limited by space and time. So it makes sense to pool efforts as much as possible. For this reason, the US National Academies of Sciences provides a system developed with specialists every 10 years timetable. Its current content for the years 2023 to 2032: According to the authors, the most important research object in space is Uranus, citing future area of paper available.
Worth a Trip: Uranus poses many mysteries

Accordingly, the committee considers the most important “major new mission” over the next 10 years to be examining Uranus more closely with its orbiter and lander. The planet is one of the most exciting things in the solar system, and also because data from the Voyager 2 flyby, which is 36 years old, is still often used as a basis for investigations.

“Its low internal energy, energetic atmospheric dynamics and complex magnetic field are great mysteries,” scientists say about some of the questions they hope to be able to clarify with a new mission. The extreme inclination of the planet’s axis and rings is also only theoretical considerations, which can be verified using the first real data of more than three decades.

The path to the dream mission to Uranus has also been outlined briefly by the Academy of Sciences. Uranus Orbiter and Probe (UOP) can be based on existing launch systems. Thus, the optimal launch chance is in the years from 2031 to 2032, when a flyby of Jupiter can be used to significantly shorten the flight time.

“Other possibilities from 2032 to 2038 (and beyond) use the gravity of the inner solar system, but involve a longer travel time,” Logic says. Hence the effort to focus on Uranus now, because a similar mission should be planned, built and launched by 2032 if possible in the next 10 years. 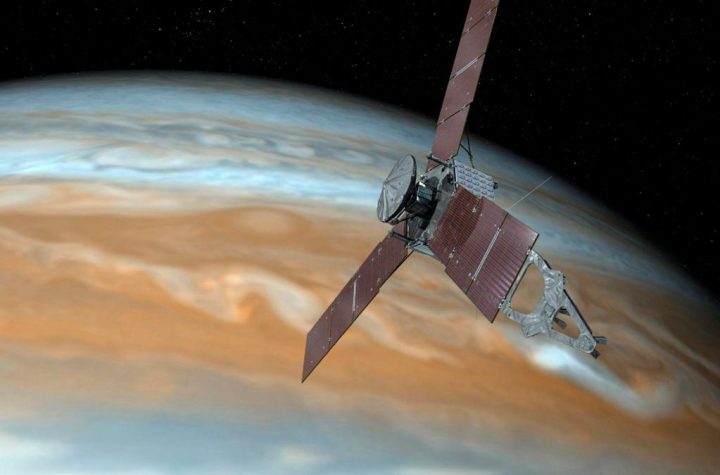