Nintendo already announced the release date for Mario + Rabbids: Sparks of Hope on Tuesday and it did short trailer Shows for tactical game. Now a much longer video has been submitted, which goes into more detail about the background story, game world and changing combat style. 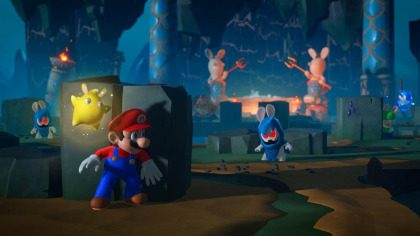 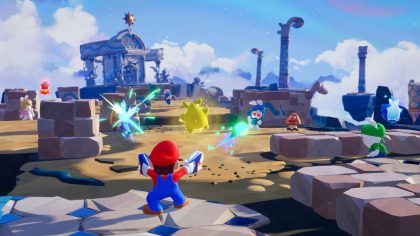 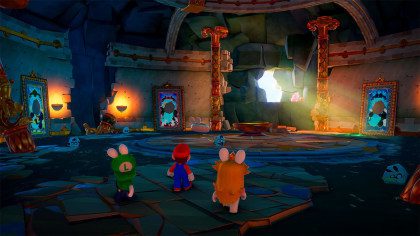 … in the long trailer overview

Sparks are in danger

In Mario + Rabbids: Sparks of Hope, the galaxy of Mario and The Rabbids is in great danger as the evil creature Misera wants to devour the wondrous sparks (small creatures created by merging Rabbids and Lumas) and destroy the universe to bring down chaos. Of course, Mario and his friends have to prevent this and fortunately they can count on the sparks.

Players take command of three characters from both worlds, with Bowser joining the party alongside Mario, Luigi, and Peach. Fighting on the Rabbids side are Rabbid Mario, Rabbid Luigi, Rabbid Peach, Rabbid Rosalina and the mysterious Rebella. All heroes can use individual weapons and special skills in tactical battles and turn-based battles. These not only complement each other perfectly on the battlefield, but can also be combined with the forces of liberating sparks to create particularly powerful attacks.

In addition to the battles, there should be much more to discover in Sparks of Hope. Players are then free to explore different planets, encounter some rather unusual characters and complete various missions for them.

Mario + Rabbids: Sparks of Hope will be released on October 20, 2022 for Nintendo SwitchPre-orders are already possible.