The US Department of Defense (DoD) has now blacklisted several Chinese companies. Among them is drone manufacturer DJI, which US officials say has ties to the Chinese military. A total of 13 new entries were added to the US blacklist.

Last year, the US Treasury Department banned trading in shares of DJI and seven other Chinese companies. This is said to be due to surveillance of the Uyghur ethnic minority in China’s western region of Xinjiang.

“The Department is committed to exposing and opposing the People’s Republic of China’s military-civilian fusion strategy,” the Pentagon said in a statement. 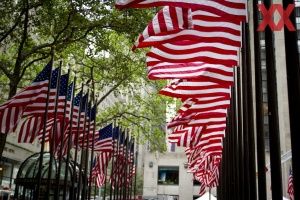 Charles Rowlett, an analyst at IPVM, a Pennsylvania-based watchdog research group, said the action against DJI is a warning to investors to stay away from the company. “DJI was added to the Military-Industrial Complex’s list of non-SDN Chinese companies by the US Treasury Department in December 2021, which excludes US investment. The Defense Department list confirms that the U.S. government strongly considers DJI a supplier to the People’s Republic of China (PRC) military.Rollett told Al Jazeera.

Company spokesman Adam Lisberg announced that DJI is the only drone manufacturer advising against military use of its products. “There is no reason for DJI to be included in the Department of Defense’s list of ‘Chinese military companies’.Lisberg told Al Jazeera.

“DJI does not fall under any category required by law to list. DJI is not a military company in China, the US or anywhere else. DJI has never designed or manufactured military equipment, and has never marketed or sold its products for military use in any country. Instead, we are always creating products that benefit society and save lives. We are open to formally challenging our list” continued Lisberg.

Calling the new US sanctions “routine political manipulation”, China has warned against using scientific and technological advances as a means of limiting the development of other countries.

What do England, Iran, USA and Wales need to qualify?