It is an ultra-high quality instrument: at a distance of 1.5 million kilometers, the James Webb Space Telescope will allow us to see things that are difficult to imagine.

The James Webb Space Telescope is due to begin its journey in the fall: it will monitor space origins at a distance of 1.5 million kilometers.

The James Webb Space Telescope (JWST) will likely change our view of the universe forever — literally and figuratively. Anyway, that’s the big hope astronomers have for the amazing space telescope that is due to launch in the fall.

With the James Webb Space Telescope, scientists want to gain new insights into the first moments of space after the Big Bang 13.8 billion years ago. The telescope should provide images of stars much older than our solar system and may no longer exist. Some even speculate on the evidence for the existence of a second Earth, a habitable planet. “In my opinion, one thing is already certain and that is experience from many other high-profile projects: with the JWST we will make discoveries we have no idea about,” says Klaus Jäger of the Max Planck Institute for Astronomy in Heidelberg. Help develop parts for a new space telescope.

The JWST project of the US and Canadian space agencies is worth ten billion dollars NASA as well as who – which It was postponed several times. However, in the fall, the telescope will be launched aboard an Ariane launcher. The James Webb Space Telescope is, in a sense, the Hubble Super Telescope: which has been in use for more than three decades Hubble telescope It is located at an altitude of 500 km above the earth’s surface. Meanwhile, the James Webb Space Telescope will operate at an incredible distance of 1.5 million kilometers. 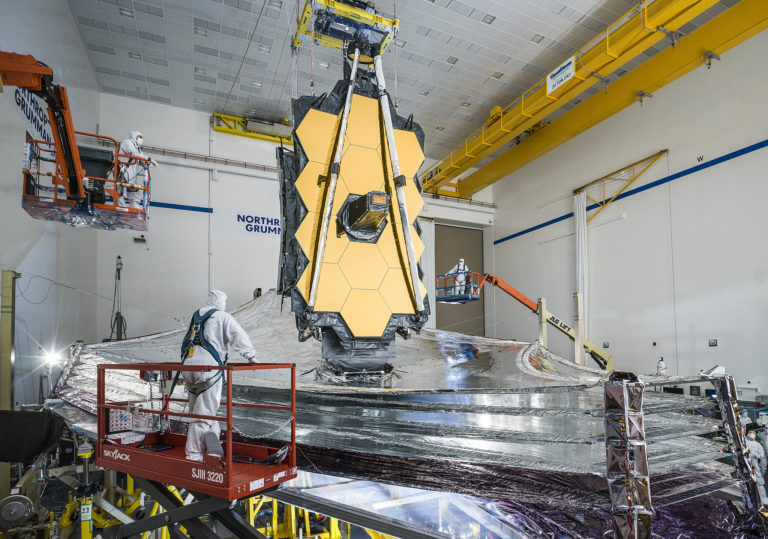 This presents space researchers with entirely new challenges and risks. There have been several shuttle trips to Hubble for telescope maintenance and repair. From the start, for example, the space telescope’s mirror had to be modified because Hubble provided disappointingly blurred and thus unusable images. This will not work with the James Webb Space Telescope, 1.5 million km is too large.

Hubble: a surprising discovery in the early universe

The dimensions of the telescope are colossal: it has sun protection the size of a tennis court, and the mirror measures 6.50 meters. About 130 individual mechanisms are necessary for creation in space. Instruments that combine the functions of a camera and a spectrometer are so sensitive that they can be used to detect a burning candle on Jupiter’s moon.

Quasars: a look into the distant past of space

Shortly after its launch, a team of scientists will train NASA’s James Webb Space Telescope on six of the most distant and brightest quasars. Quasars are active galactic nuclei, very glowing. Researchers want to investigate the properties of distant quasars and their host galaxies and how they were related to each other during the early stages of galactic evolution in the still very young universe. 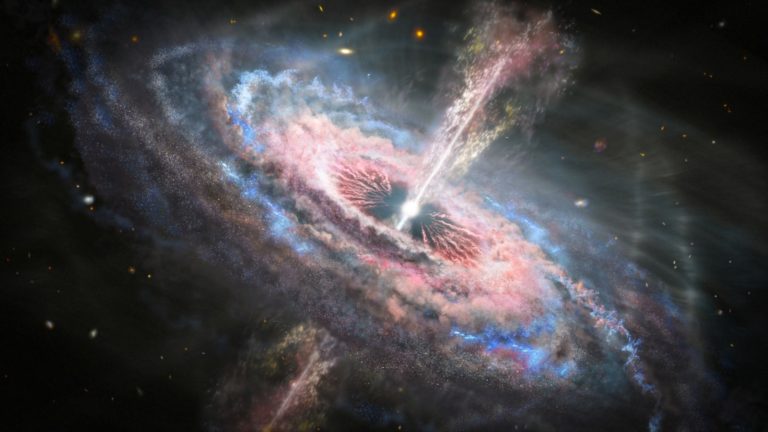 With the James Webb Space Telescope, researchers want to focus on quasars, among other things.

Here’s a look into the distant past, a visual journey through time: because the light from distant quasars that JWST will collect comes from a time when the universe was still very young — it’s traveled for a billion years. “All of these quasars that we study existed very early, when the universe was less than 800 million years old. These observations give us the opportunity to study the evolution of galaxies and the formation and evolution of supermassive black holes in these very early times,” explains Santiago Arribas, Professor Department of Astrophysics at the Astrobiology Center in Madrid. Arribas is also part of the team that developed the James Webb Telescope’s Near Infrared Spectrophotometer (NIRSpec) instrument.

See also  First case of a monkey in North Carolina

The destination to which the telescope is brought in the fall has special characteristics, as Gunther Hasinger explains: “There are five points in the solar system that gravity cancel each other out.” And the destination is one of them: Webb becomes the L2 Lagrange point brought. Lagrange points are five points in a system of two celestial bodies (the Sun and Earth), at which a light object such as an asteroid or a space probe can orbit the more massive celestial body without a motor. It has the same orbital period as the celestial body with less mass (Earth in this case). The relative alignment of the two celestial bodies remains the same. At the long-range point L2, with the Earth and the sun behind you and with the sun’s sail shielded from thermal radiation, the instruments must begin their measurements at different infrared wavelengths. That’s why they were cooled. It will be the first cool telescope. If you want to measure infrared, which is thermal radiation, the telescope itself has to be very cold,” explains Hasinger.

Why Starlink satellites can lead to disaster

The first images are expected in July 2022. “Dense molecular clouds with a lot of dust and gas are where new stars and planets form. Dust absorbs visible light that we know by sight,” says Klaus Jäger of the Max Planck Institute for Astronomy. Thus it is difficult or impossible for us to study their interior regions in detail.” Dust is a much smaller obstacle to long-wave infrared light. “Infrared observations allow us to look into these regions or receive infrared radiation from within.”

Searching for another land

A deep survey of the early expanding universe and the search for regions of star formation with the telescope are planned, as well as more accurate observations of exoplanets. The telescope is designed to examine the atmospheres of planets outside the solar system for particles that may indicate biological activity.

An interview with astronaut Ulrich Walter

The James Webb Telescope offers science more than just image information. The strength lies in spectroscopy. “The picture is beautiful when you look at it. What we get with James Webb is that we can read 1,000 more pieces of information in each element of the picture,” Hasinger says. For example, whether water is possible anywhere. Near-Earth planets are of course interesting. “At some point, you may want to find a planet that is as similar to Earth as possible and where there is water and that’s close enough that future generations can fly to it.” This might be a way to find another planet.

The telescope is named after James Webb, who was the head of NASA in the 1960s who transformed the space agency from a somewhat loose collection of research institutes into a clearly organized institution to this day. (with dpa)