THomas Tuchel is close to winning his first title in his first year as a coach in England. The German coach reached the FA Cup Final on Saturday with Chelsea with a deserved 1-0 (0-0) victory over Manchester City with Pep Guardiola and was the first German coach to reach the Senior Football Cup Final. “It was a very strong performance from us,” the 47-year-old said enthusiastically of his team. “I am happy and proud.”

In the final, Tuchel will face the Champions League semi-finalists the winner of the Leicester City match against Southampton, which will be played on Sunday (7.30pm at DAZN). But for Guardiola’s side, it was the first setback of the season. The Star Group had to write off the first four possible titles due to defeat in the semi-finals.

The former Bayern coach switched Citizens’ team to eight places compared to a 2-1 Champions League success at Borussia Dortmund, and national player Ilkay Gundogan has also been left on the bench for the time being. Therefore, Man City did not dominate the match as usual. Chelsea was very focused in defense around Antonio Rudiger and got the best chance in the first half through Ben Chilwell (19).

After the break, Guardiola also had to replace midfield star Kevin De Bruyne. The Belgian left the stadium injured. The next setback for Manchester City came in the 55th minute. After a pass from Werner Hakim Ziyech he only had to push the ball over the line – 1-0 to Chelsea. Four minutes later, Ziyech was supposed to add some more. But the Moroccan failed due to former Dusseldorf goalkeeper Zak Stephen.

With the replacement of the midfielder Gundogan, Guardiola-Elf became stronger and came to the first chances: after a corner kick headed by Robin Dias over the Chelsea goal (69). However, Team Tuchel’s success is no longer in danger. “We wanted to be brave today, with and without the ball. We did it,” Tuchel said.

Another happy German international was also: Marc-Andre ter Stegen (28) won the Spanish Cup for the fifth time with FC Barcelona. The Catalans won the King’s Cup Final over Athletic Bilbao and deserved it 4-0 (0-0), and it was the first successful club title since the 2019 tournament and winning the 31st Cup in general. All four goals came within twelve minutes – superstar Lionel Messi scored two.

Bilbao also missed a second chance in winning the twenty-fourth Copa Cup in two weeks. At the start of April, the Basque Country lost the 2019/20 season final, which had been postponed for a year, to Real Sociedad San Sebastian 0-1. The two matches took place in Seville without spectators. Barcelona returned in their favor thanks to goals from Antoine Griezmann (60th minute), Frenkie de Jong (63) and Messi (68/72) to defeat the Super Cup against Bilbao in January and increase their record in the Copa del Rey. Followed by Bilbao (23 titles) and Real Madrid (19), Los Blancos are waiting for success in the oldest football competition in Spain since 2014. 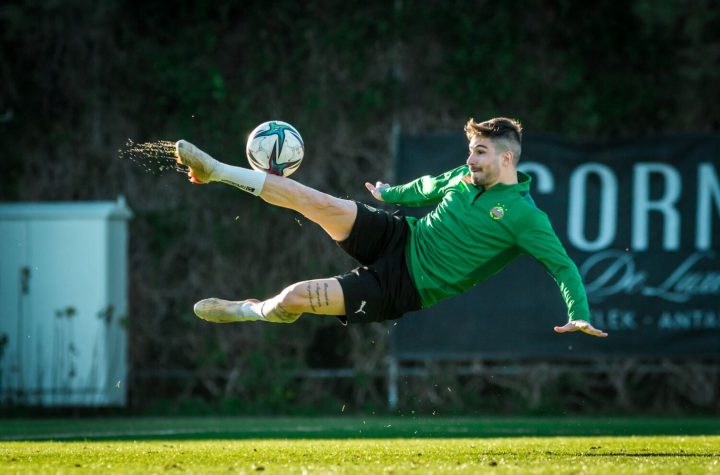