“Air Pollution and Climate” is the title of a 1971 report that appeared in a home paper by the French group Total. Its content could not be more up to date. “People have been burning more and more fossil fuels since the 19th century. This releases massive amounts of carbon dioxide […] So the total amount of carbon dioxide in the atmosphere has increased significantly. […] The increase has been about 15 percent over the past 150 years, and it should not be neglected.” […]”.

It turned out almost the same. In 2015, the average concentration of carbon dioxide exceeded the 400 ppm threshold for the first time in human history, that is, 400 out of 1 million air molecules were carbon dioxide. The report was signed by Francois Durand Dastis, who was an associate professor of geography in Paris at the time, in the Total magazine, which the oil company publishes internally and externally. He described the sharp increase in carbon dioxide concentration as “alarming” because there was fear of a rise in average global temperature and, as a consequence, possible “catastrophic consequences” on Earth.

Durand-Dastès’ article is just one of a series of contemporary reports and interviews from the early 1970s, after which three researchers from France and the United States have now evaluated it. Your article, published Wednesday in the specialist journal Global Environmental Change, had a hard time explaining the Total Group, which at the time was still operating under the TotalFina name. This also applies to former competitor Elf Aquitaine, which merged with TotalFina in 2000. Because if you follow the researchers, it will not be just warnings about the consequences of global warming. On the contrary, from the end of the 1990s onwards, companies have been actively involved in addressing skepticism about man-made issues. Climate change for firing. An important role was played by the industrial association IPIECA, in which the American company Exxon set the tone.

Total has a credibility problem

As for the “green” path of total leadership, the time for which the article was published could hardly be less favorable. It wasn’t until May when the company once again gave itself a new name to spell out the duality of fossil and renewable energy; Now it’s called TotalEnergies. The group has always tried to show its credibility when it comes to protecting the environment through voluntary commitments and environmental public relations work, according to the scientists. Even later, it was not a pioneer in terms of credibility. In the late 1990s, Total moved away from the open discussion of climate science, but at the same time expanded its investments in oil and gas production. Rhetorical strategies aimed at dispelling uncertainty, minimizing the urgency to act, or diverting attention from fossil fuels as the main cause of global warming, the researchers write, have also been used.

In the mid-2000s, the group actively emphasized climate science expertise to the outside world—but at the same time, it was up to economics to solve the problems. This framework enables Total to present itself as a socially responsible oil company by encapsulating ongoing investments in fossil fuel production in an attractive ‘energy transition’ narrative, this is the conclusion of the tripartite research.

Wednesday’s Total report was hotly debated not only on the left-liberal side, but also in bourgeois French media such as Le Figaro. Activists rubbed their hands and called for the “revelation” to be circulated. Environmental organizations 350.org and Notre Affaire à Tous have started a campaign using the hashtag #TotalKnew. The group itself complained that it had received inquiries in the past few days, but had not received the article. “You will understand that under these circumstances it is not yet possible to accurately respond immediately,” a spokesman for the Zaire armed forces said.

See also  Liquid water is possible on planets other than Earth

The group indicates the progress made so far

However, one does not want to leave the allegations uncommented. Especially since the article “in full” proves that Total’s knowledge of climate risks since the 1970s did not differ in any way from the results and scientific publications of that time. The research trio also acknowledged that Elf and Total had publicly and publicly accepted climatology findings 25 years ago. The claim that Total or Elf’s climate risks could have been suppressed in the 1970s or later, a company spokesperson calls it “false.”

Unfortunately, scholars are now pointing the finger at a situation more than fifty years ago, “without emphasizing the efforts, changes, progress and investments that have been made since then.” After all, TotalEnergies has committed to a profound restructuring of its activities since 2015, aiming to become one of the top five players in the global renewable energy sector by 2030. By mid-century, the company wants to operate in a CO2 neutral manner, and in order to achieve this , firm targets for CO2 reduction have already been set over the medium term. 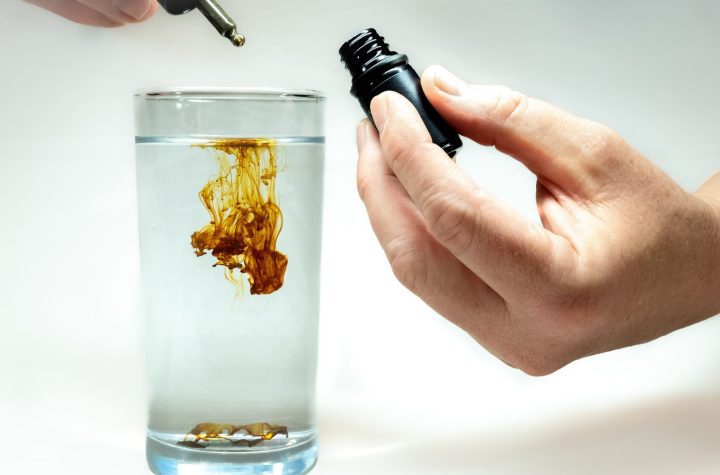