US authorities may soon deport Venezuelans who have entered Mexico illegally, the governments of Washington and Mexico City have announced. At the same time, the United States wants to allow legal entry of up to 24,000 immigrants from Venezuela under certain conditions. The United States recently took in thousands of refugees from Ukraine using a similar system.

This should prevent illegal immigration. US Homeland Security Secretary Alejandro Mayorgas said legal entry was the only acceptable option. Unauthorized border crossings close the door to an admissions process.

According to the ministry, four times as many Venezuelans were stopped at the border this year than last year. The agreement allows Venezuelans not yet in Mexico to enter the United States more easily, Mexico’s foreign ministry said in a statement. In return, Mexico would allow extradition from the United States for a limited period of time.

According to Panamanian immigration officials, more than 150,000 people, most of them from crisis-ridden Venezuela, have crossed the Darien forest between Panama and Colombia in the past nine months. It is a registration number. In 2021 there were 134,000 migrants throughout the year, compared to 8594 a year earlier.

Immigrants leave their homes mainly due to poverty, political instability, natural disasters or crime and hope for a better life in America. 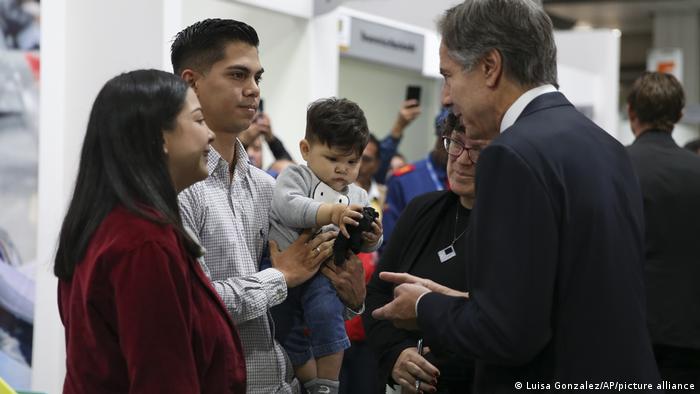 About six million Venezuelan refugees are displaced in Latin America and the Caribbean. Almost three-quarters of them do not have enough food, adequate housing, work or medical care. This emerges from a report by the International Organization for Migration (IOM) and the UN refugee agency UNHCR. Therefore
While progress has been made through various initiatives in the region, there is a need for better protection and access to care and work for migrants.