This is bitter twice before the cup final against Salzburg: SV Guntamatic Ried was on the way to victory until the 90th minute on Tuesday at 1:1 (0:0) in the football qualifying group before Admira equalized with a penalty. The lead on the last Altach (0:4 at Hartberg) can extend to four points. However, if they had won, the Rieders would likely have already been saved. So being in second place, despite the progress, you’re still in the middle of it instead of being there.

In the last minute of normal time, goalkeeper Samuel Radlinger came out strong against Admira striker Mustafa, leaving referee Harald Lechner with no other choice. The striker used his own penalty kick to equalize.

Shock for Rider, who had previously had his luck in the second half. 1:0 from Innviertel after 70 minutes is more reminiscent of pinball than football. That’s when Philip Bomer set out to fray. Then goalkeeper Andreas Leitner saved his head, but hit Red captain Marcel Zigel, who had no idea what had happened to him – from there the ball went directly to Ante Bajic, who pushed the ball over the goal line.

At first, Rieder’s game was more of a struggle than a long one. After warming up, the whole team went to the western podium in the pouring rain to bring the fans aboard. Only 2,300 came to the Josko Arena for this important match in the week of the Cup Final. At Reed too, fans seem to have lost a bit of a sense of what really important matches.

Those who came saw the Rieder team as very insecure, especially at the start. It was a purely relegation battle, and there was no sign of anticipation for Sunday’s cup final against Salzburg.

In the first half, Invertler narrowly missed Admira goalkeeper Andreas Leitner. The lower Austrians were the better team and were closer to the opening goal. In the third minute, Red goalkeeper Shaheen Radlinger saved Lackner’s mistake. And in the 31st minute you had to take a deep breath after Mustafa missed a promising position.

Then we’ll get our points.

After the break, Ryder seemed more courageous and determined. Bajic (49th) and Notz (50th) had more chances of taking the lead in 60 seconds than in the entire first half. After that, Nene unselfishly but inaccurately put the ball on Bajic (54 minutes).

After Bajic’s 1-0 lead, it all seemed to be done before things finally got hectic and assistant coach Andreas Berktold saw the red. “We tried everything, unfortunately we didn’t succeed, but we have to continue like we did in the second half, and then we get our points,” said Reedes Ante Bagic.

This video has been disabled

This video has been disabled 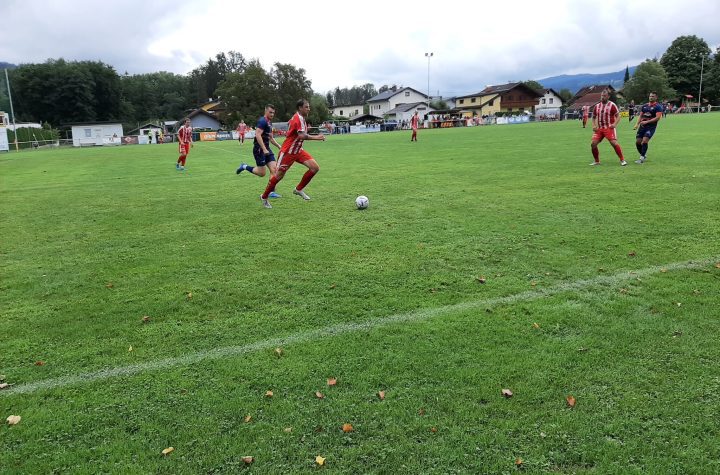