“It’s raining ash,” said residents of the northern Italian city of Monfalcone. A fire has spread in Karst on the border between Slovenia and Italy again. The Lysert toll booth was closed and all employees were evacuated. The roads are partially closed, there are kilometers of traffic jams with hours of waiting in every direction. Motorway operator Otovi Venet has ordered the closure of part of the A4 motorway between Redpoglia and Sistiana in the direction of Trieste on Tuesday. Rail traffic on the Venice Trieste Line between Monfalcone and Duino Orisina is also suspended, and Trieste station is not accessible.

Plumes of smoke can be seen from afar

During Wednesday night, firefighting teams from Udine, Trieste and Gorizia were deployed to the Karst region. They were supported by Slovenian firefighters and private individuals. A Fincantieri Shipping production plant remained closed on Wednesday. The company said this is aimed at protecting 3,000 workers. The Friuli-Venezia Giulia region has now declared a state of emergency.

Plumes of smoke can be seen from miles away
© Stephen Shield 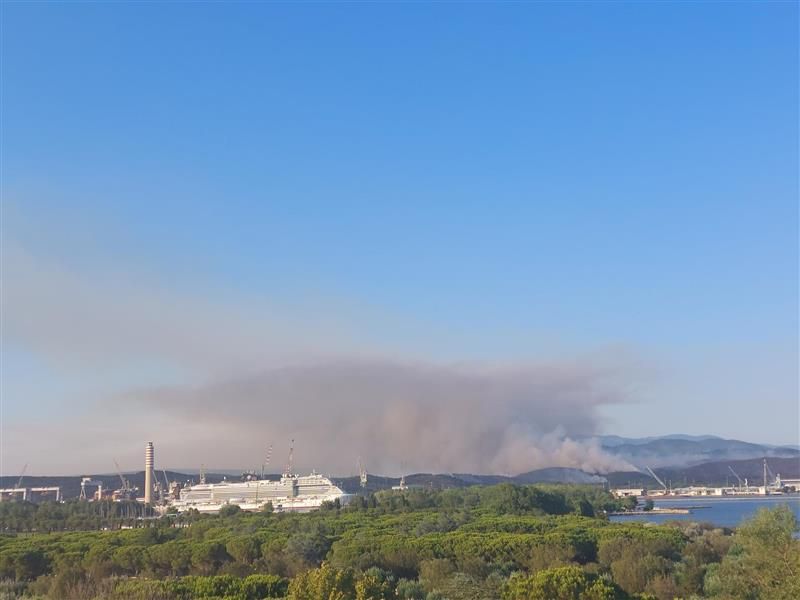 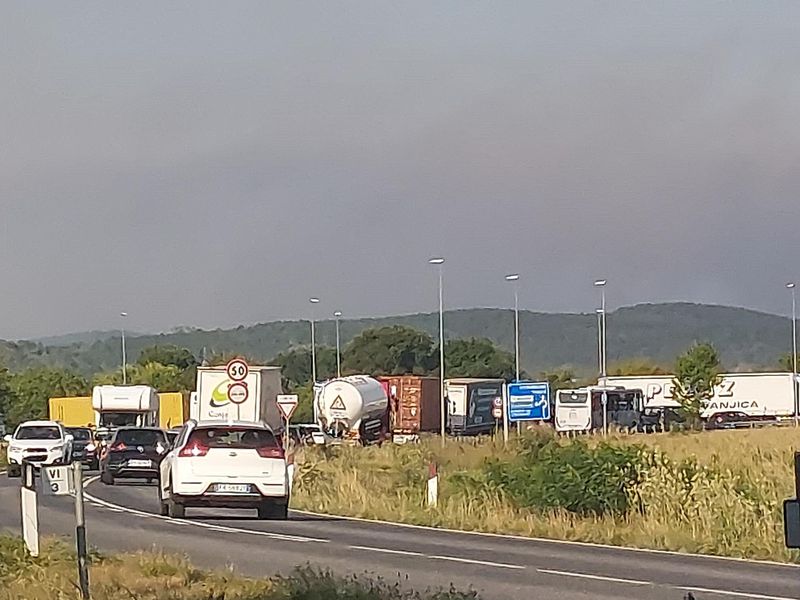 The fire has been burning since Sunday

The fire has been burning since Sunday. On Tuesday, it was initially believed that the situation was under control. As the Slovenian daily “Primorsky Dnevnik” wrote on Tuesday, the fire is now under control. According to Stanko Moshnik, chief operating officer for that night, last night was significantly less stressful for emergency services than the previous one. There were still a few small sources of fire, but the fire brigade was able to prevent the fire from erupting again with immediate actions. 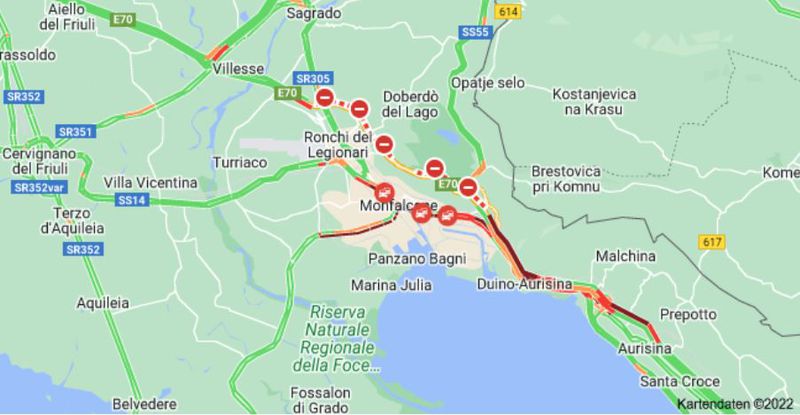 “We can only hope that the worst is over,” said the regional headquarters of civil defense in northern Primorska. According to “Primorsky Dnevnik”, “President Purut Pahor and Civil Defense Commander Srekko Chastan will visit on Tuesday the headquarters of the Karst fire brigade.”