After Apple on Wednesday only iOS 16.1 Second Beta ReleasedThe company is following up and publishing a new version of the iPhone operating system for all users. With iOS 16.0.2, no new features will be released, but major bugs will be fixed mainly.

This is especially pleasing to all new car owners iPhone 14 Pro. As Hardwareluxx mentioned, they have iPhone Pro models are big camera problems When used with third party apps such as Instagram. It may also happen that the screen goes completely black during device configuration. With the new version of iOS 16.0.2 installed, this is now history.

In addition, Apple has already published modifications to content permissions when copying and pasting. It can also be found in the second beta of iOS 16.1. Moreover, the new update ensures that the audio function works without any problems after restarting your smartphone. 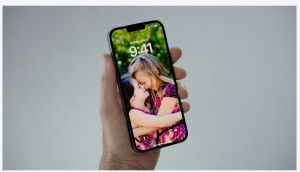 But the new version of iOS is also intriguing iPhone X, XR, and iPhone 11 owners. As evidenced by Apple’s changelog, there was an issue that caused some of the said models’ screens to not respond properly when turned on after maintenance.

The patch is about 267MB in size and can be downloaded immediately. The update can be done manually via iPhone Settings under General -> Software Update. The update also includes important security updates that Apple did not specify in more detail. Thus, the new iOS version should be installed immediately by all users.

More information about previous iOS 16 updates can be found here over here. There is a detailed report on the new iPhone 14 and Pro version over here.