In addition to the WhatsApp messenger service, Mark Zuckerberg is also trying to spread the Facebook Messenger. Among other things, the company has deactivated the messaging functionality in the mobile browser version of Facebook. Now full encryption of voice and video calls should ensure more security for users. However, it should be noted that encryption is not used for group chats and video or audio calls between more than one user. However, Facebook would like to improve this in the future and encrypt said services.

Additionally, the first tests are currently underway where Facebook is verifying the implementation of end-to-end encryption for direct messages on the social media platform Instagram. However, it is unclear when the US company plans to roll it out. So far there is no information on this. In addition to the existing chat connection, the prerequisites for successful encryption should also be mutual follow-up. Otherwise, many spam messages cannot be recognized automatically, which can lead to a big problem. So Mark Zuckerberg and Co. should take their time with the potential release. 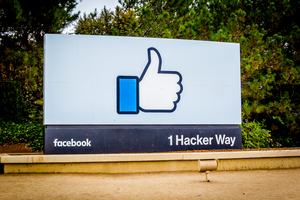 However, if you want to use an encrypted messenger now, you should Signal Take a closer look. At Signal, the focus is on the safety of its users. The reason for this is the lack of economic interests in data marketing. A nonprofit (501(c)(3)) corporation based in Mountain View is responsible for Signal. Thus, high priority has been given to developing encryption of all user data from the very beginning. The open source signal protocol is responsible for end-to-end encryption. The messenger contains no ads, no affiliate marketing, and no tracking.