After a rainy dress rehearsal, the annual Summer Night Concert took place at the Gravenig Cloud Tower Thursday evening in glorious weather: with the Tonkünstler orchestra led by Yutaka Sado and famous soloists, without fireworks (a good decision), but with fragile soap bubbles – visually as well as musically.

As usual, there was a commendable conversation between Governor Joanna Mikl-Leitner (ÖVP) and Rudolf Buchbinder, technical director at Gravenig. The evening began with a scathing introduction to “Candide” by Leonard Bernstein, moderated by Theresa Fogg and recorded by ORF, with the orchestra also performing Rossini’s Intermezzo from “Guglielmo Tell”, and Faust’s Faust Waltz and Gershwin performing “Of thee I sing” at its best.

Young Austrian trumpeter Celina Ott demonstrated her skills in a move by Vladimir Peskin and recast Hermann Bellstedt’s “Naples” as “Funicoli funicola”. On the other hand, Erwin Schrute was advertised as somewhat critical: a circumstance in which some elements of the program fell victim. But Schrute made up for it with the irresistibly charming interpretation of the score song from “Don Giovanni” and the uncompromising presentation of classical Latin, “Pisam Macho”. How ever the so-called “inspiring light” gained some extra weight that evening.

In particular, the repertoire of Marlis Petersen contributed to this, who worked on the operetta after the song “Cäcilie” by Richard Strauss and indulged in Csardas clichés in “When he sings Zigeungeige” by Fred Raymond from “Die Perle von Tokay”, only to then sing “Where is he?” written?” From “Yentl” in the footsteps of Barbra Streisand and through the audience ranks, Gershwin delivered a fluent “I’ve Got a Rhythm” and finally put an emotional ending with “Somewhere over the Rainbow.” With the famous march “Pomp and Circumstance” by Edward Elgar, the concert reverted musically to the traditional ceremonial conclusion of previous concerts.

See also  IRFC's Seiler & Speer: Christopher Seiler: 'It's going to be a rush, believe me'

(Service – Grafenegg, Sommernachtsgala. Further performance on Friday, June 24 at 8.15 pm, ORF 2 will be broadcast with a time delay from 9.20 pm. NÖ Radio will broadcast the concert on June 26 from 8 pm, 3SAT will broadcast a recording on July 16 9 :45 p.m. (more info at grafenegg.com) 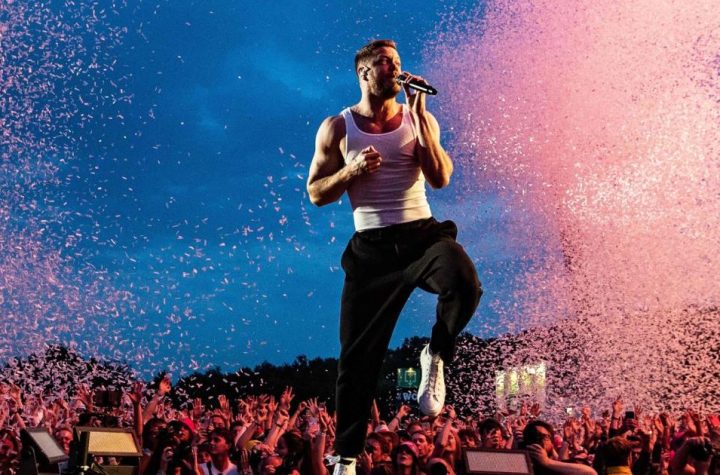