The ‘Persevere’ Mars rover makes a startling discovery. One of the discoveries is reminiscent of the rover Curiosity.

Frankfurt/Pasadena – Shortly after arriving on the planet Mars* In February 2021, NASA’s “Perseverance” rover sent data to researchers who answered a big question about Mars: Was the Jezero crater where the rover once landed was a lake? The researchers’ answer was: Yes. “This is the main observation that confirms once and for all that there was a lake and river delta at Jezero crater,” said scientist Nicholas Mangold in a report from NASA. The US space agency is now publishing the next surprise that the rover has discovered on Mars.

Again, just months after its landing on Mars, the “perseverant” rover answered a question that has long worried researchers: Are the stones in the landing zone of sedimentary origin, for example, were flowing water involved in their formation, or are they of nature origin Volcanic and created in lava flows?

“I started to despair and thought we would never find the answer,” quotes the NASA* Perseverance Project scientist Ken Farley of the California Institute of Technology in Pasadena. “But then our PIXL instrument had a good view of the eroded part of the rock and everything became clear: the crystals inside are the ultimate proof.”

NASA spacecraft on Mars: The word ‘perseverance’ clarifies a question that has driven researchers to despair

The finding of the NASA research team, which is evaluating data from NASA’s latest rover: It is very likely that the bottom layer on which Perseverance has stood and ride since landing on Mars was formed in hot magma. The PIXL instrument of the Mars rover “Perseverance” during the analysis of the stone showed that the stone, which the researchers nicknamed “Brac”, consists of an extraordinary abundance of large olivine crystals surrounded by pyrox crystals.

NASA’s future mission is to transport Martian rocks to Earth

“A good student of geology will tell you that such texture indicates that rocks formed, grew into crystals and settled in cold, cold magma—for example, a thick lava flow, a lava lake, or a magma chamber,” Farley explains. Then the stone was changed several times with water.

“It has become a treasure chest that will enable future researchers to date events in Jezero crater,” Farley says. The researcher also suspects that this will help to better understand a time when water was not uncommon on the surface of Jezero crater and reveal the early history of Mars. It remains unclear whether the rocks examined cooled at the surface in a lava lake or in an underground chamber that later surfaced through erosion.

The “Persevering” Mars rover has packed a piece of rock into a container that will be returned to Earth on a future mission. Then scientists on Earth could use instruments for their research that are too big to be flown to Mars. NASA’s rover is supposed to fill a total of 43 small containers with soil samples from Mars, six of which are already filled and sealed. This contains, among other things, the Martian material for which the rover was dug, as well as a sample of the Martian atmosphere.

Another instrument of the “Persevering” Mars rover also provided research on Earth with new data: Sherlock discovered organic compounds. This does not automatically mean that life was present in Jezero crater, NASA confirms in a press release. There are biological and non-biological mechanisms by which organic compounds arise and NASA’s Curiosity spacecraft also discovered organic materials at its landing site in Gale Crater*.

“What Sherlock adds to the story is the ability to map the spatial distribution of organic materials in the stones and relate them to the minerals found there,” explains Sherlock researcher Luther Beagle of NASA’s Jet Propulsion Laboratory. In this way, research can better understand the environment in which the organic compounds were formed.

What happens in the sky, in astronomyAnd space travel and the space exploration? Subscribe to HNA’s free newsletter to stay informed..

The fact that organic compounds were found in the stones in the Jezero and Gale craters means that potential biosignatures – that is, signs of past or present life – have also been preserved. “It’s a question that probably won’t be resolved until samples are brought to Earth, but getting organic compounds is very exciting,” Beagle says. “When these Martian samples reach Earth, they will be a source of scientific research for many years.” (tab) * fr.de view from IPPEN.MEDIA. 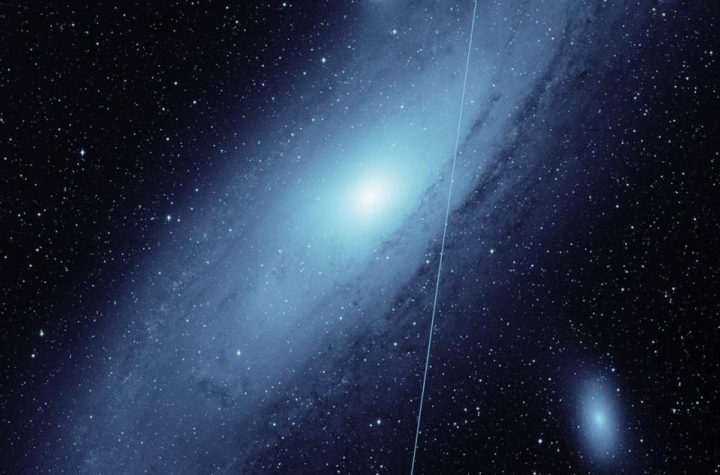 Starlink satellites on every fifth telescope image at dusk (incomplete)

Schranz, skateboarding legend: ‘Injustice troubles me to this day’

Launched without major impacts on 5G aviation in the United States