ASUS introduces the new version ROG Strix GS-AX5400 Introduced a new dual-band WiFi 6 gaming router. This is the first router in the company’s ROG Strix lineup. ROG STRIX GS-AX5400 is supposed to achieve WLAN speeds of up to 5400 Mbit/s by using 160MHz channels as part of WiFi 6. The WiFi 6 (802.11ax) standard also promises four times lower latency, with an 80% increase in range. And significantly lower power consumption compared to WiFi 5.

Since this is a gaming router, proper lighting, of course, should not be missing. ASUS equips the device with fully customizable ASUS Aura RGB lighting effects. You can see exactly what this looks like Video Looking at. Another special feature of the router is the private LAN interface, which automatically gives all connected devices a higher priority. Players can connect their console or PC here and don’t have to do any additional configuration. 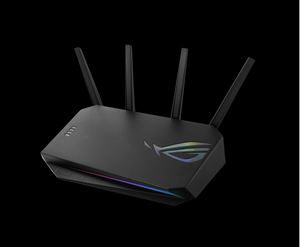 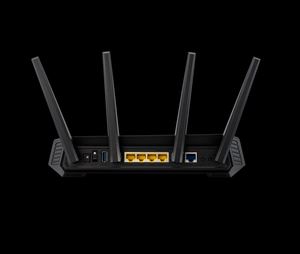 Moreover, ASUS advertises the network device with uncomplicated port forwarding for different NAT types. According to this, users should be able to setup Open NAT in just three steps, for example to join a multiplayer game from a fellow player. In addition, moderate and strict NAT can be set up upon request.

The router also provides additional functionality for mobile gaming. For example, Game Mode can be activated in the ASUS router app on the smartphone, which should improve speed and reduce latency and latency. To what extent this really improves values ​​remains to be seen until the first tests are available.

Another special feature is the ability to run both a VPN and a normal internet connection in parallel via VPN integration. This means that, for example, one user of the network can use the full speed when gaming while another is using the VPN connection.