Most Apple TV owners probably reach for the buttons on the remote control when they want to give their streaming box a command. Of course, the device can also be controlled using the iPhone or iPad as well as the Apple voice assistant called Siri. The remote control has a special button for the last option and, of course, a microphone. So far, unlike Cupertino smartphones, tablets and computers, Siri on Apple TV did not take into account the user in question, but was available to all speakers regardless of the person.


tvOS 16.2 beta with Siri voice recognition
However, Apple announced a few days ago that Siri will soon also have voice recognition on the Apple TV, which has been available on other devices from the company for many years (see ). In the future, the broadcast box will be able to distinguish between individual users – that is, family members, other roommates or guests. This makes it possible, among other things, to tailor individual recommendations for content based on specific preferences. The new feature could be available on Apple TV before the end of the year, as it is already included in the beta version of tvOS 16.2 that was published a few days ago. 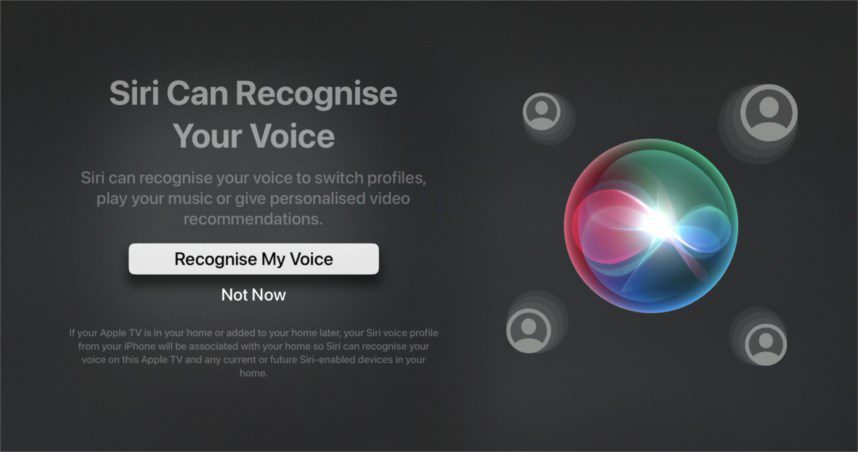 Setup can be done on iPhone or iPad
Voice recognition on the Apple TV is optional and must be explicitly enabled. During configuration, a confirmation code is used, which is sent to a nearby iPhone or iPad. Individual audio profiles can also be set up using a Cupertino smartphone or tablet linked to the same Apple ID as the streaming box. However, Sigmund Judge, Editor-in-Chief of Screen Times, reports on TwitterThis process is still buggy in the current beta version and does not work properly. 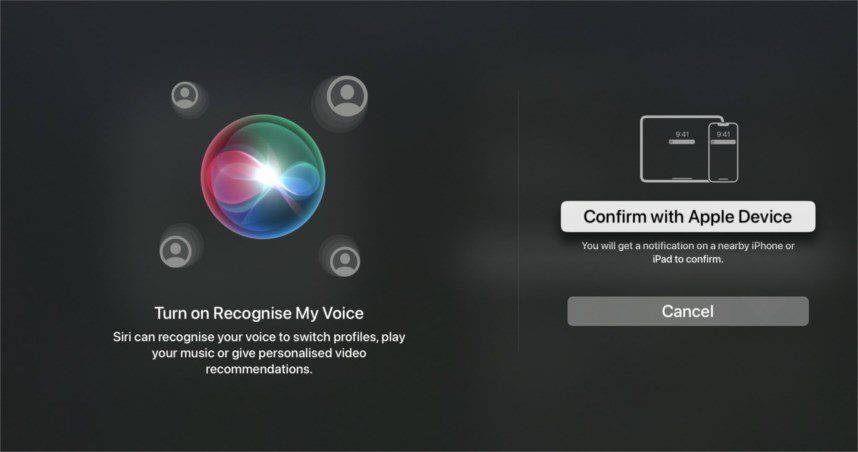 A more compact Siri interface is already available
Apple has already implemented two innovations announced at the same time with Siri voice recognition. The most compact interface for the language assistant is available on Apple TV in tvOS 16.1, which was released a few days ago. After updating to the latest version, you can also activate Siri on your streaming box with AirPods and the command known as “Hey Siri”. It is not currently known when Apple tvOS 16.2 will be released.

Apple Watch without a microphone? Apple is working on voice recognition sensors