Apple just gave an outlook on new functionality in iOS 15, iPadOS 15, macOS Monterey and the upcoming watchOS 8 with a two-hour keynote at this year’s WWDC 2021 (Worldwide Developers Conference).

New in iOS 15, iPadOS 15, and macOS Monterey are the expanded FaceTime video conferencing functionality including the new SharePlay functionality. In FaceTime, for example, background noise can now be better filtered using the new microphone modes, backgrounds can be smoothed out better using the familiar picture function, and all FaceTime chat participants can be viewed in parallel in a new grid (similar to zooming in/out). Screen and app contents can now also be shared here via the Shareplay function. Movies streamed on Disney+, ESPN+, HBO Max, Hulu, MasterClass, Paramount+, Pluto TV, TikTok and Twitch can also be synced in parallel via Shareplay and watched with connected friends directly. Users of other operating systems can also be invited to video chat groups via a browser link.

We’re excited to see if the greatly improved FaceTime functionality has what it takes, as video conferencing providers do Zoom

To compete with Skype and others more…

New on-device intelligence with so-called live text functionality should be very interesting in the field of artificial intelligence. The texts and phone numbers recognized in the images can be directly processed and used for the corresponding functions (internet search, calls, etc.). The whiteboard/whiteboard content can also be recorded with an image and simply used for further (textual) processing via selection and pasting.

And speaking of on-device intelligence: thanks to improved speech recognition on the respective device itself, according to Apple, less and less user data must be transmitted abroad. Response times to voice commands should improve significantly. Thus, a whole series of privacy updates across the system is very high on the new functionality of Apple Safari, iCloud and other Apple services/apps. 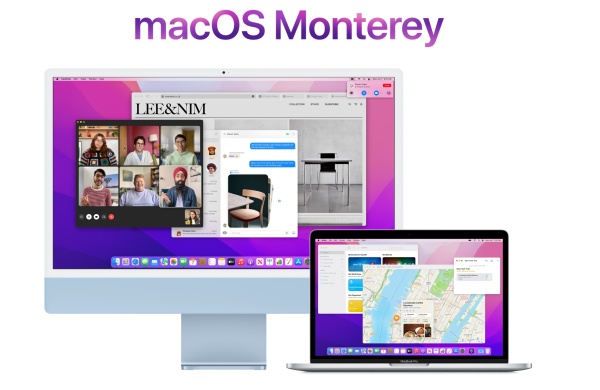 However, Apple’s hopeful new Macbook Pro laptops (with the new M2 processor) were not announced at this year’s WWDC. Individual hardware components are brought closer together by automatically sharing the screen and keyboard: for example, a MacBook Pro keyboard can be used to operate an iPad or a nearby iMac.

Even with Apple’s media tools in the form of Final Cut Pro, Logic, and others, this year’s WWDC didn’t currently have any updates ready. All those who want to see FCPX on their iPad Pro will probably have to wait a little longer. The downfall has to be in terms of FCPX, MacBook Pro, and others. It will also be very exciting because of NAB, which will be held for the first time in October this year