With the end of the open beta of Diablo 2: Resurrected, game maker Blizzard is now turning to participants and asking for their opinions on some of the improvements in the upcoming remake of the classic. However, not all testers seem to have a corresponding one invitation Receipt.

The folks out there can give their opinions on tooltips for displaying value ranges, among other things. However, Blizzard also wants to know what players think of stackable gems and runes. In addition, automatic inventory sorting and an extended skill bar should be evaluated. In total, the following eight points are queried: 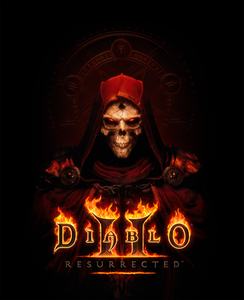 Demo players can choose from five possible answers. These range from very bad to very good. It is not currently clear what impact the survey results will have on development. However, it can be assumed that points with a particularly poor rating will be reviewed again, will disappear altogether, or will be replaced by other features.

Furthermore, Blizzard is requesting potential content for upcoming seasons of Diablo 2: Resurrected. These included new recipes for the Horadrem Cube or new items. The list of questions here contains a total of five entries:

Some criticism of the beta was not included in the survey. Among other things, players complained about the automatic accumulation of gold. Here the radius is not large enough. According to testers, the stock is also very small.

With a release planned for September 23, 2021, developers have only a limited amount of time available for implementation. So there shouldn’t be any major changes at the moment. However, minor modifications can still be carried out without any problems.