Huawei introduces foldable P50 Pocket after the Mate XS and Mate X2. It has so much in common with the Galaxy Flip3, it can do some things better.

Round camera and status display

The Huawei P50 Pocket is likely Huawei’s answer to Samsung’s Galaxy Z Flip 3. The devices are very similar in structure. A horizontal folding screen turns the device into a small handy rectangle. The 6.9-inch OLED display features a 120Hz refresh rate and FHD+ resolution. A round display is installed, which is also an OLED panel, so you can read messages or the time even when they are closed. In terms of battery size, of all things, the P50 has a clear advantage over the Galaxy Z Flip3. Total 700 mAh, which means that the battery is about a third larger. This will likely result in significantly better battery life to make the device more suitable for everyday use. With the main camera it becomes exciting again. Not only because of the triple camera, which can also be used as a selfie camera thanks to the case screen, but also because of the sensor that can detect sunscreen on the face. It learns where and how to apply sun protection and shows it on the status screen. The screen can be unlocked using the fingerprint sensor built into the standby button or using face unlock. The latter can be very useful in everyday life, as the fold is activated as soon as it is unfolded. Ideally, it opens right after that. The fingerprint sensor can also be used to unlock the case screen when it is folded. The P50 Pocket is available with 8 RAM and 256 GB or 12 GB and 512 GB RAM. 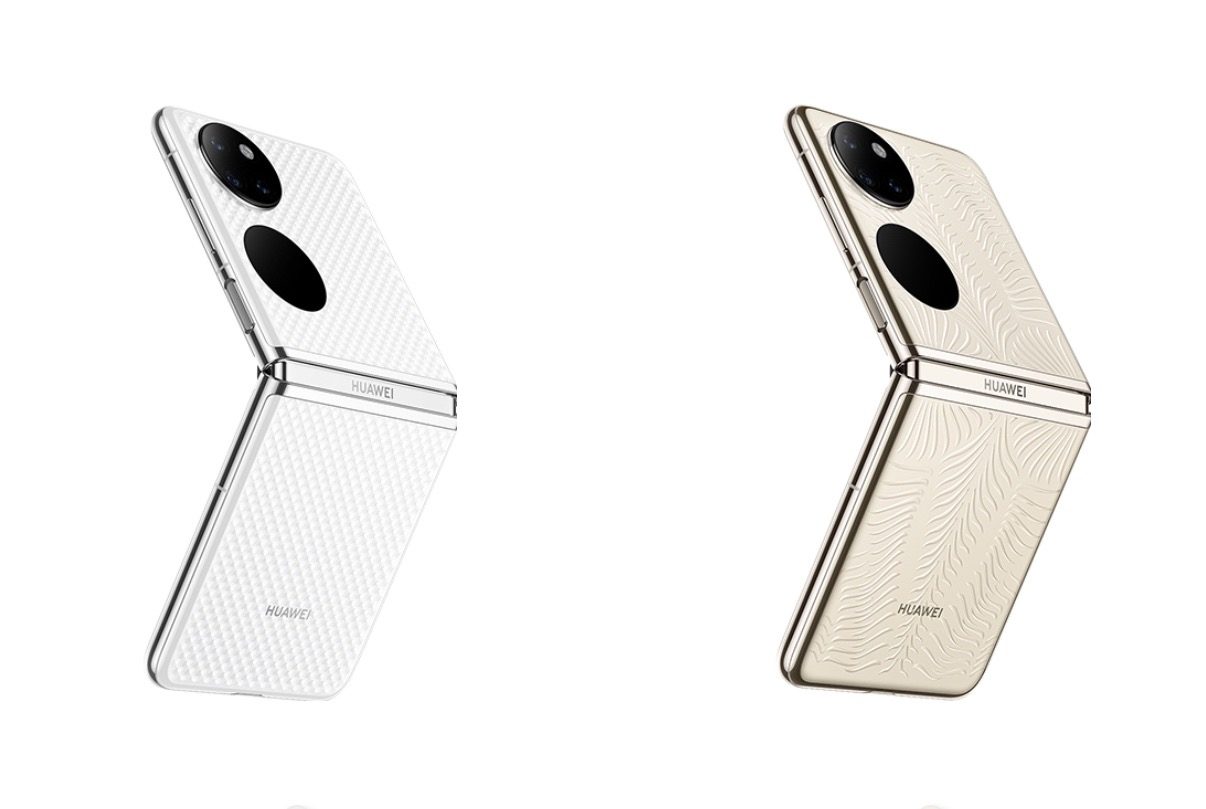 Huawei P50 Pocket is available in white and gold.