(Motorsport-Total.com) – Team Haas is not allowed to make up for testing hours lost on Thursday in an additional session on Sunday. Originally, the race team had to make up another half of the four hours a day after the end of the test drive in Bahrain, but as the competition was against it, nothing came of that plan.

Gunter Steiner doesn’t see why his team should be denied

The reason is Article 10.8 of the Sports Regulations, which states that the driving test lasts three days – in Sacher from Thursday to Saturday. Sunday will be the fourth day. The race team would only have received an exemption if all other teams were unanimously in favor.

“But then someone decided we shouldn’t do it,” said an annoyed team boss Gunther Steiner, who discovered nine minutes before the first exit that testing with Mick Schumacher at the wheel was not allowed again on Sunday.

“I heard it was said it was McLaren,” Steiner explains of the reason for the veto. According to information from “auto motor und sport”, it was also said that Alpine and Alfa Romeo offered the extra day.

However, Haas has another option: you can drive longer in the evening on the normal three test days and thus make up for the lost four hours. However, that was not done with Pietro Fittipaldi on Thursday. The Brazilian stopped on schedule with all the other drivers at 7pm local time. 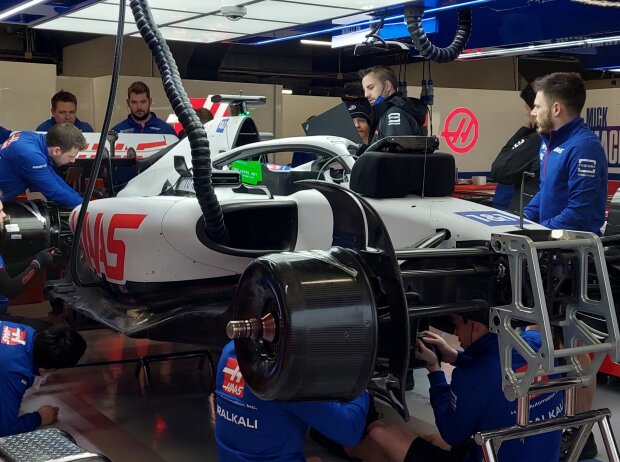 Haas worked tirelessly to prepare the car for testing Zoom

Because team boss Gunther Steiner didn’t want to put his mechanic under any pressure after the last few days that were too long. “Some men worked 30 hours straight to get us where we are now,” he says. “And if I ask you again to work harder in the evening because we have to work longer, it wouldn’t be fair.”

He maintains that Haas is not responsible for the delayed start of testing. A freight company chartered by FOM in Istanbul was stranded due to a technical problem and could not reach London on time. Two days later, the shipment was transferred to Bahrain, where it arrived at half past eleven on Tuesday evening.

Steiner: ‘I don’t want it to be another flaw’

As of this afternoon, the Haas team has been working almost nonstop to get the car working. Then Pietro Fittipaldi was finally able to get off the track and do another 47 laps.

“We weren’t so lucky. We had the wrong plane at the wrong time,” Steiner said, thus finding it unfair that the competition doesn’t allow the team to keep up with the action on Sunday.

“We should not be punished for something we were not involved in,” he said. “We were in a bad situation and we worked hard to get the most out of it,” he said. “Now we will be punished again by having to work at night.”

See also  FC St. Pauli does not consider itself a "lucky bag"

“We have no advantage if we work in the evening or simply add half a day to it on Sunday,” he asserts. “There is no advantage. We just wish we had no other disadvantage.”