This is the first time since Meghan and Harry decided to step down from royal life in 2020, that the couple has returned to the ranks of the royal family. To mark the Queen’s Jubilee, the two traveled with their two children Archie and Lilipet to take part in the festivities. Lillipet celebrates her first birthday on Saturday.

Already on Thursday, Prince Harry and Meghan watched Trooping the Color from the former office of the Duke of Wellington. There she was seen with the children of Harry’s cousin Zara Tindall, wearing a blue strapless Roland Mouret dress with a pale hat and matching blue bow—a model designed by Stephen Jones.

To church with Dior

On Friday they attended a Thanksgiving Mass in honor of the Queen at St Paul’s Cathedral with several family members and politicians.

In her first public appearance in the UK, Meghan opted for a chic white-gray coat from House of Dior and paired it with matching gloves and shoes. She and Harry, who appeared at the service in a classic “morning suit”, were greeted with great cheers by many onlookers. In the chapel, the couple sat in the second row, along with Princess Eugenie and Beatrice.

Other royals in attendance also dressed up for the show, with Duchess Kate sharing a soft pastel yellow ensemble by Emilia Wickstead and a matching hat by Philip Treacy. The Queen’s daughter, Princess Anne, wore a teal dress and matching coat. 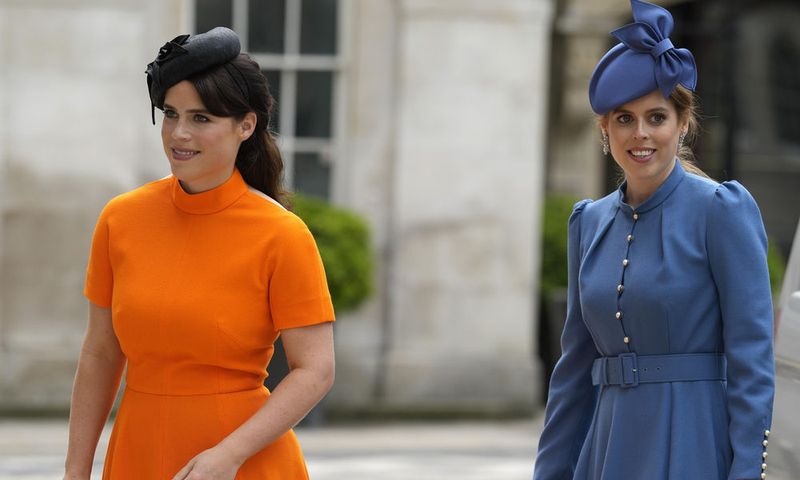 The Queen herself walked away from the show, after what was going on from Windsor.

Culture with winegrowers – When culture and wine unite in Lower Austria