(Motorsport-Total.com) – Next weekend, decisions will be made for the Drivers’ World Championship at the Grand Prix in Valencia in MotoGP and Moto2. But there are also other classifications open in the three seasons. Here is an overview.

In MotoGP, Francesco Bagnaia is the top contender for the world title. The Ducati rider entered the final by 23 points over defending champion Fabio Quartararo (Yamaha). Simple math. Quartararo definitely needs to win to have a chance.

If Quartararo wins and Bagnaia, in 15th, takes just one point or goes empty-handed, the Frenchman can defend his world title. Bagnaia clearly has a much better starting position. It will be his first world title and first for Ducati since 2007.

Alex Espargaro (Aprilia) and Ina Bastianini (Gressini Ducati) have sporting chances of finishing second in the World Championships. Espargaro or Bastianini would have to win the race for that, and Quartararo would have to be 15th at most.

Most likely is dueling for third place in the World Cup. Espargaro is one point ahead of Bastianini. In theory, Jack Miller could finish third, but the Ducati rider is 23 points behind Espargaro. 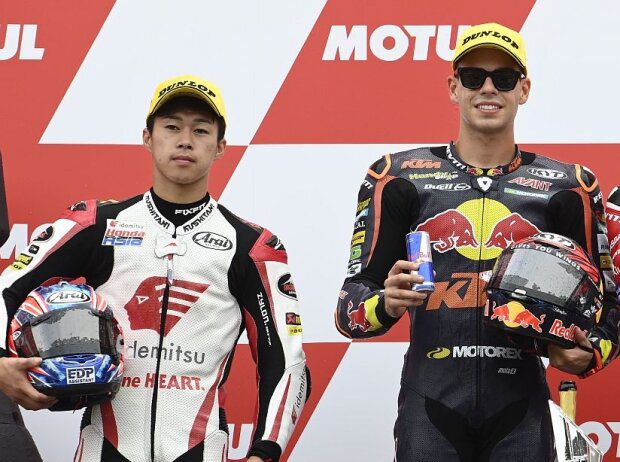 It’s more open World Championship Duel in Moto 2. Augusto Fernandez is 9.5 points ahead of any Ogura and has a better starting position. Past races have shown that the pendulum constantly swings between the two.

In Moto2, the team rating has not yet been determined. Once again, it’s a duel between Ajo and Honda Team Asia. The duo of Ago Fernandez and Pedro Acosta have a 33.5-point lead over Ogura and Samkyat Shantra. A maximum of 45 points can still be collected.

The question of who will be the best starter in Moto2 of the year is also exciting. Alonso Lopez leads Acosta by 3.5 points, despite Lopez not participating in the first six races of the season. Acosta missed two races due to injury. Both have celebrated two wins so far.

In the Moto3 category, the only open question is who will be the best rookie of the year. Diogo Moreira has an eight-point lead over Daniel Holgado. David Munoz has a chance, too. He is behind Moreira by 20 points.