Storms over Lake Neusiedl were so severe that the ORF had to stop the show for safety reasons. While the guests were fleeing to land, the rehearsal recording continued on ORF for the television audience.

Less than half an hour later, the thunderstorm passed and the spectators were able to return to the Mörbischer Seebühne – the live spectacle continued.

By the way, Alfon Haider, who moderated his last Star Night on Saturday evening, gave us a detailed interview before the final performance:

With what feelings did you enter into the last Starry Night as the presenter of this night?
Alphonse Haider: Being on a hit show for 15 years is a quarter of my life. Leaving this family is not easy and this evening will be strong feelings for me. But one door closes – and two others open.

Do you know your successor Hans Siegel personally? What advice would you give him along the way?
I got to know him once while filming. He’s an excellent actor and I can’t help but give him one piece of advice: he should enjoy the job, he’s one of the nicest.

In the fall, a new music format will start on ORF with You as host, which in the future will play four times a year on Saturdays. What can you reveal?
Focusing on the 30th anniversary of the most successful Austrian musician “Elizabeth” is planned with the most important people who made this success possible. Then the program should also give an overview of the musical productions that are currently worth watching in German-speaking countries and also give the next generation a chance to show their talent. With pleasure in a duet with stars of the genre.

Your vision as General Director of Music in Burgenland with the Lake Morbisch Festival? When will you push yourself to the stage?
Every evening when you greet the audience (smiles). So that I can be seen as an actor, a lot of water will flow into the lake.

How can you win over a new young audience for music? Or is it there anyway?
In the cultural sector, you always have to fight for young audiences. It doesn’t matter what type it is. Attracting people interested in music, theater, dance and art in general should begin in childhood. If you were able to experience good children’s theater when you were eight, it’s easier to get drawn into a musical or play when you were 25. Musicals are often ideal as a family program. The “King and I” have always fascinated us, in particular.

Do you see Mörbisch management as the culmination and conclusion of your career? How are you as president?
I treat myself fantastically. Even on the bad days! But joking aside: it’s a huge responsibility I was able to take on at the Lake Festival in Morbisch and Tabor Castle. In terms of managing culture, it’s definitely the point for me, as an actor I’m still hoping to do my third job. 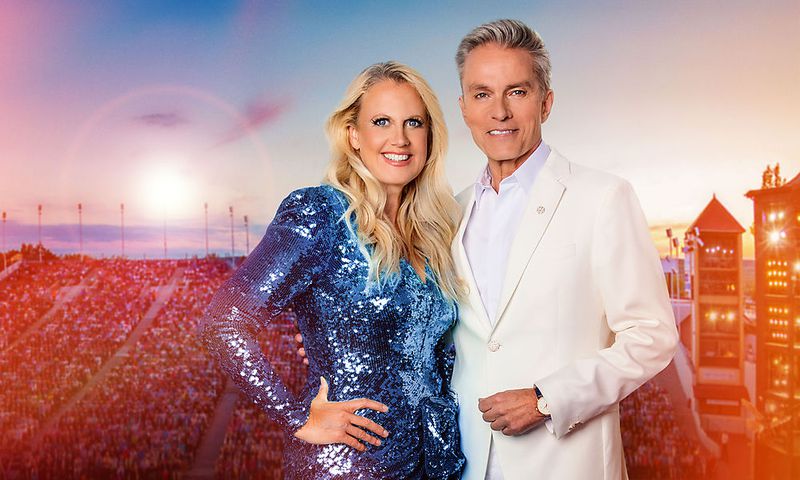 Your best memories of all the “starry nights”? Do you remember how moderate you were?
It was about 32 shows, but that doesn’t matter. The best thing about this format is that from Andreas Gabalier to Anastacia, Gloria Gaynor to Chris de Burgh, Helene Fischer to Ina Regen, everything has its place and can overcome seeming musical limits. For me, the premiere of Barbara “Starnacht” in Wörthersee, where a hurricane first caused various bits of hair to be removed and later even elements of the stage, was my “all-time favorite” moment.

Off for Babys Loveday in Jungle Camp