It appears that Apple is planning to introduce Face ID on its iMac and MacBook devices. This is what respected Bloomberg journalist Mark Gorman stated in his latest issue of “The power of the newsletterIn accordance with this, Gurman expects that Apple will gradually expand the face recognition service to the entire range of products.

The company currently supplies only high-end products such as the iPad Pro or iPhone 12 Pro With open service. According to Gurman, Apple will also equip cheaper products like the iPhone SE and iPad Air with Face ID next year. At the same time, face recognition must be turned on I Mac Mark And MacBook find their way.

However, that doesn’t mean Touch ID will end soon. Since fingerprint recognition is currently cheaper for Apple, the company will likely continue to rely on it for some time on cheaper devices. According to Gorman, both Touch ID and Face ID guarantee a high level of security, but augmented reality is only possible with the latter. 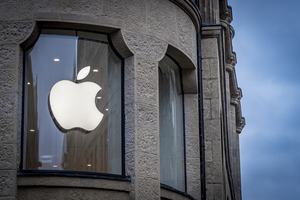 However, Gorman does not give exact times. It should also be noted that these are just assumptions on his part. So the future will show how far his predictions will come true.