Sony today introduces the new ZV-E10 camera system, which looks like a smaller camera ZV-1 It should be tailored to meet the needs of vloggers. It can also be used as a webcam or a live streaming camera, for example. The ZV-E10 has a larger sensor, because the APS-C sized Exmor CMOS sensor with 24.2 effective megapixels, like. With the Alpha 6600. Like there, 4K/UHD movies can be produced at a maximum of 30fps, as a sensor resolution higher than 4K (up to 2.4 times the resolution) is used. How high the excessive sample will be depends on frame rate

and whether electronic image stabilization is active. in a High accuracy

Hybrid Log-Gamma (HDR) and image profiles such as S-Gamut3.Cine/S-Log3 and S-Gamut3/S-Log3 are also available. Image stabilization is carried out electronically (including active mode), and lenses with optical stabilization can, of course, also be connected via e-bayonet.

Hybrid AF is used to focus, optionally with real-time eye detection for still images and real-time tracking for video recordings. A touch focus function is also included for quick focus shifting. As with the ZV-1, the product’s rendering mode can also be set, in which objects in the camera are automatically refocused. With the push of a button, you can turn on artificial background blur or quickly switch to slow motion / fast motion mode.

Sony ZV-E10 top
A small zoom switch is integrated at the top of the casing, through which the optical is inserted Zoom

Audio is recorded back using a built-in three-way microphone with windscreen to reduce wind noise. For extended audio options, the ZV-E10 provides a digital audio interface via a Multi . cover user interface

Extension base (MI) and microphone jack for connecting an external microphone. A headphone connection is also available. The audio output timing can be set to Live or Lip Sync.

There is a 7.5cm touch screen for image preview, which can be opened (approx 176 degrees) and rotated about 270 degrees. During recording, a red frame appears on the LCD screen (and then a recording lamp on the front of the camera lights up as well). ZV-E10 weighs 343 grams.

A single battery charge should suffice to record up to 125 minutes of video, alternatively the camera can be powered via an optional power supply or an external battery can be connected via a USB Type-C cable. With Sony’s mobile Imaging Edge app, selected photos and videos can be sent to a mobile device via Wi-Fi. 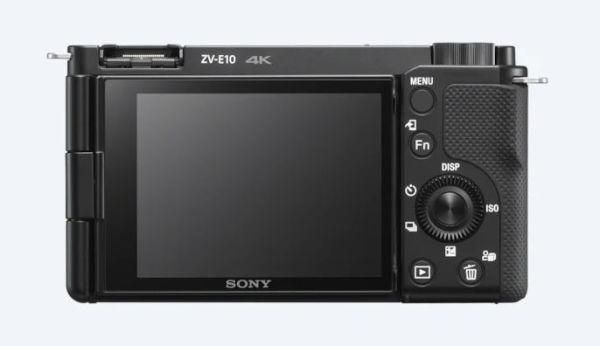