Jannik Sinner (ATP 24) reached the quarterfinals at the ATP 500 in Washington – and perfected a short period of weakness with flying colors.

Thursday Night Comet (CEST) won the Round of 16 against American Sebastian Korda (ATP 45) after two sets and play-offs with 7:6 (7:3) each. In the second movement in particular, young Sesto showed strong nerves at a difficult stage for him and still confidently transformed a sentence he thought was almost lost.

Right from the start, Sinner and Korda had an exciting tennis match. Having both served serve in the first set through game five with relative ease, Sinner finally gave 3 break points with a score of 2:2. With a score of 4:4, the 19-year-old from Pusteria finally managed to improve and use the second break ball. However, in the next match, Sinner conceded a second-half rematch to make the score 5:5. They then both completed the serve game, which went into the tiebreak. In time, Sinner got a small break as a result, and with his own serve, he finally secured the set in the tiebreak (7:3).

In the second set, Sextner ceded the break to 2:3 in the fifth inning. Now Korda has played a big role, and the momentum is now clear along with the 21-year-old American. After a 4:2 lead, he managed another break to 5:2, at which point Sinner had a rough time – but once again showed strong morale and nerves. Without losing points, Sinner managed the second half to score 3:5. After 4:5 he managed the first half to equalise. The momentum has now completely changed to South Tyrol. Sinner turned the game around and took a 6:5 lead. However, Korda hit back again and managed to equalize his serve. 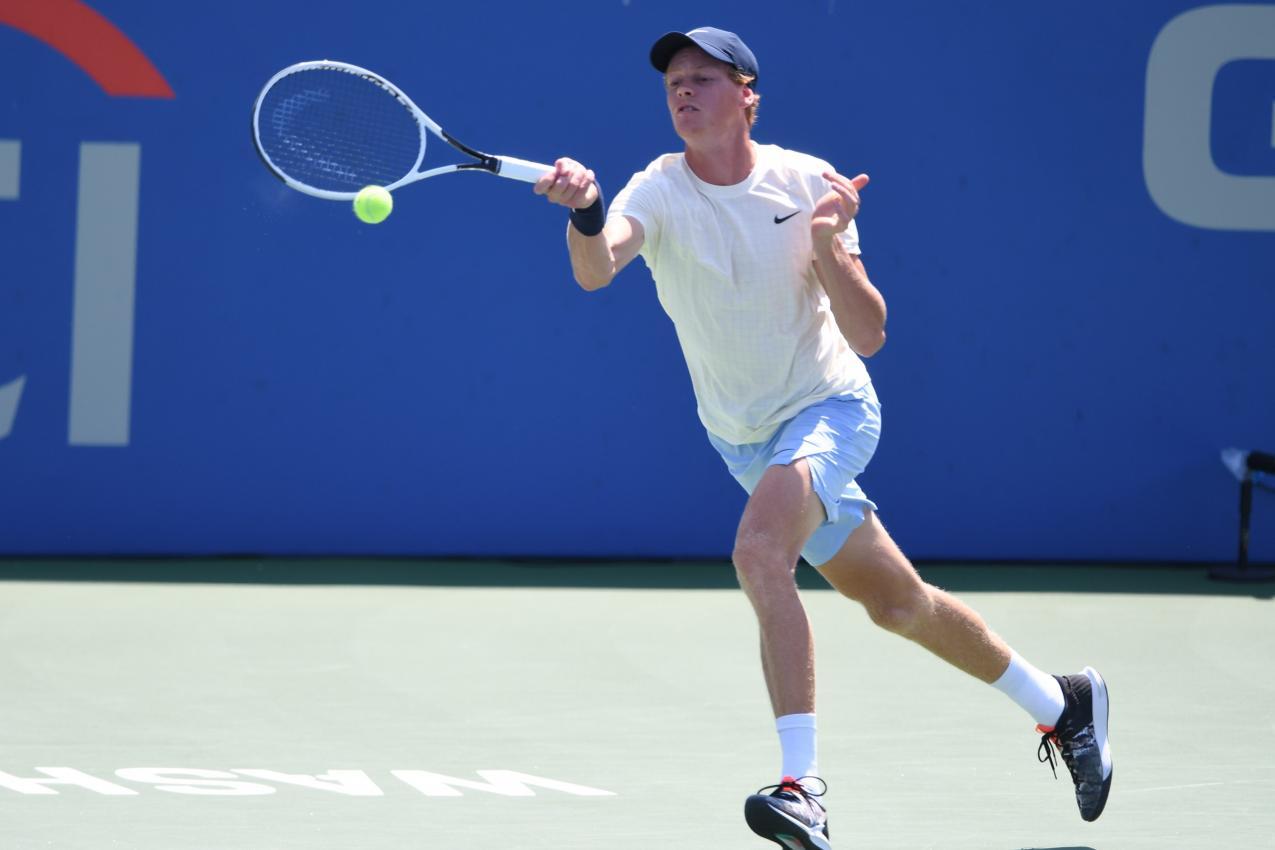 Sinner had to go into the tiebreak in both sets. © APA/getty/Mitchell Layton

Just as in the first set, the second set was in the tiebreak. The first point here went to Korda when he served Sener. Then, however, Sextner appeared, scoring 6 points in a row. Then he gave the first two balls in his dispatch. The game was finally decided by a double mistake by the American. After 1:56 hours of play, it was clear: Jannik Sinner in the quarterfinals of the ATP 500 Championships in Washington.