In addition to introducing six new Ryzen processors to the entry-level range and announcing the launch of the Ryzen 7 5800X3D on April 20, AMD is also announcing official support for all processors in the Ryzen 5000 series motherboards with 300 series chipsets running.

The topic boiled over a few weeks ago, because some motherboard manufacturers with A320 chipsets had introduced support for Ryzen 5000 processors, those with X370 chipsets (the exception was some ASRock motherboards at the time), however, they looked into the tube. 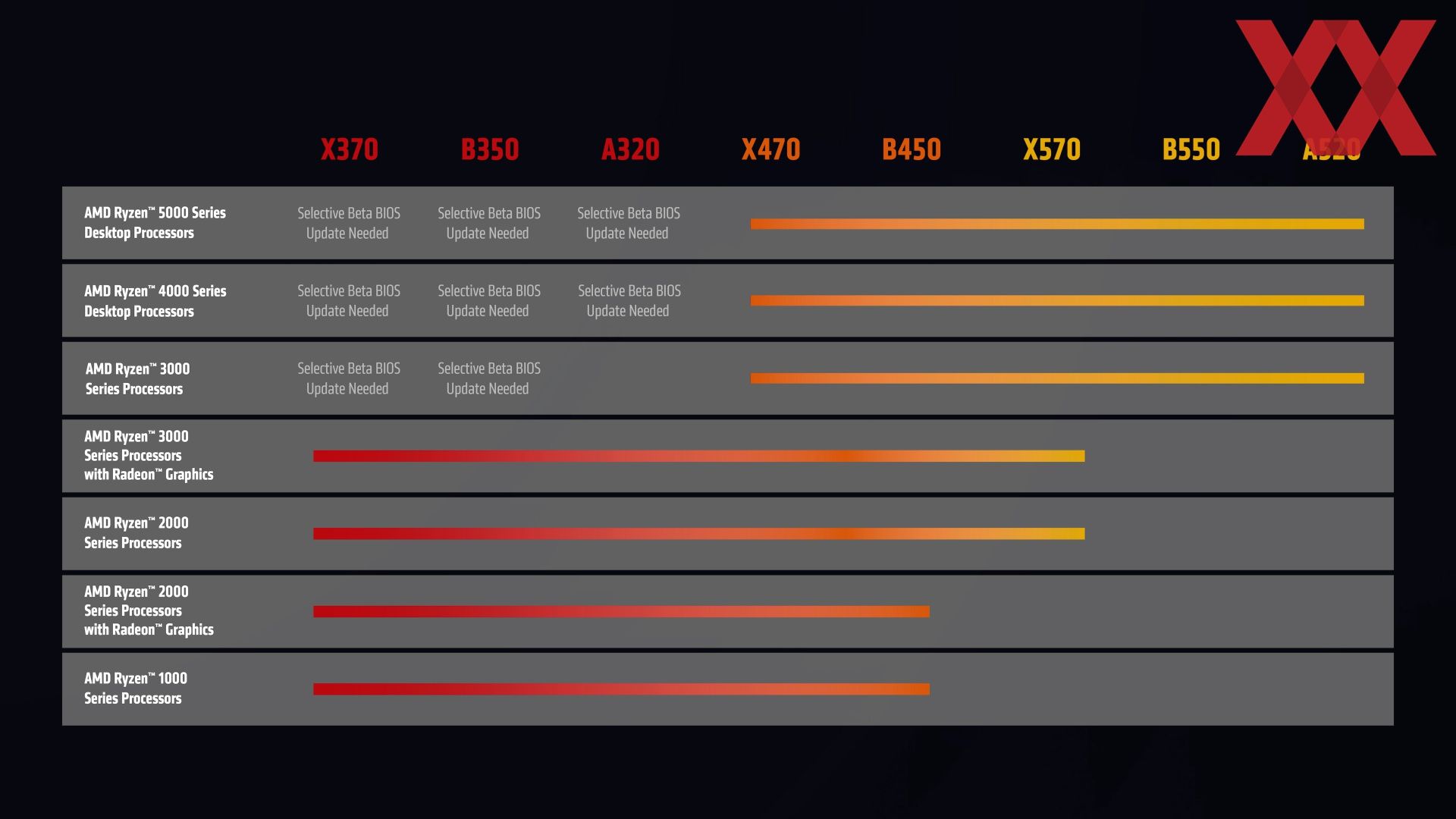 So AMD responds to user criticism. AGESA 1.2.0.7 is the main BIOS component of AM4 motherboards. Manufacturers must now incorporate this into their versions. According to AMD, this should take place between April and May. Whether and when a BIOS update will be available depends on the manufacturer and model. 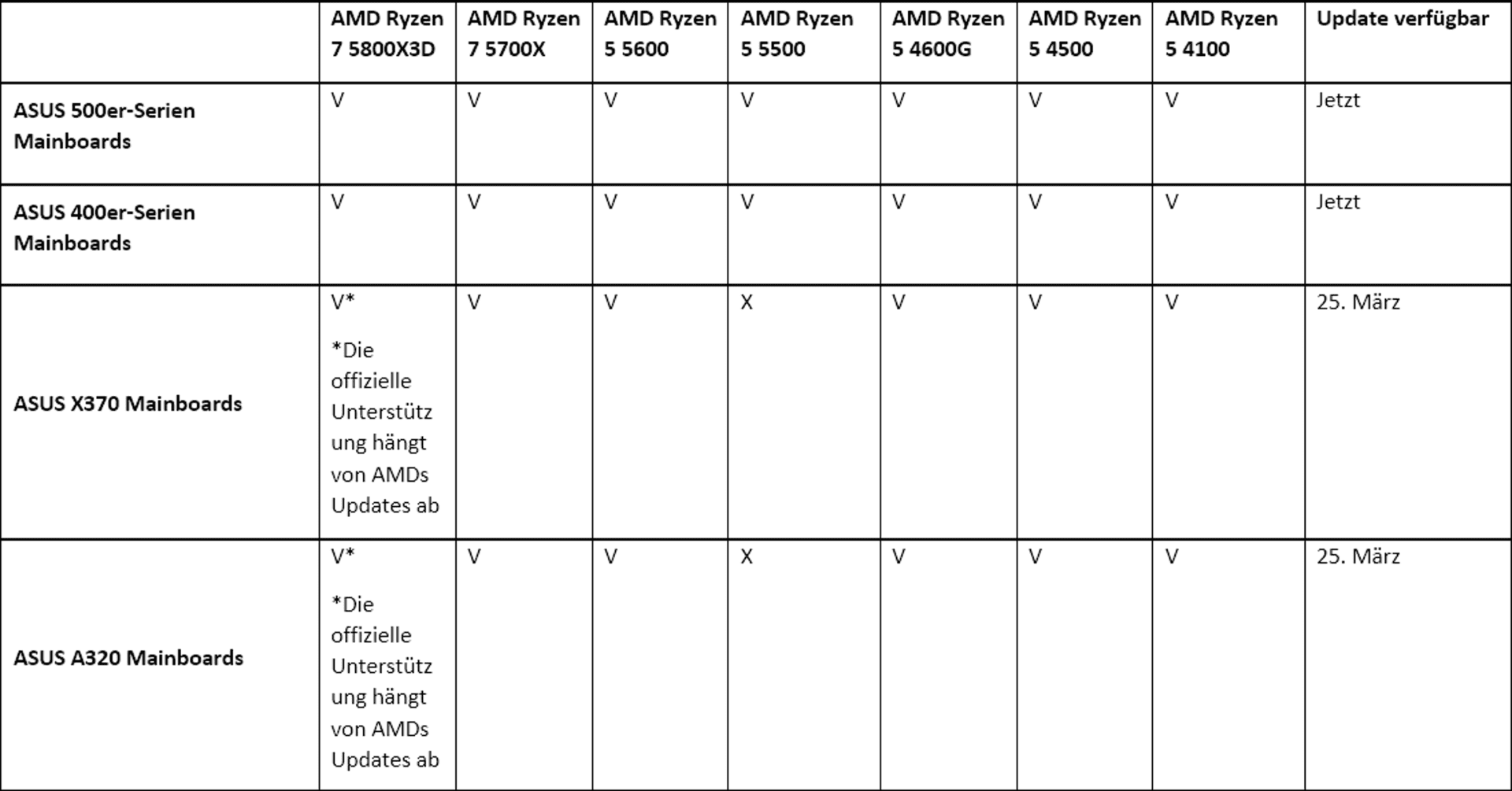 Gigabyte also wants to support the new processors with the latest two generations of motherboards with the X570, B550, A520, X470 and B450 chipsets. Interestingly, only the A320 is mentioned in the 300 series. The X370 and B350 chipsets are not mentioned at all. But even on the A320 chipset, the Ryzen 5 5500 isn’t supported at all, as “limitations” are said to have occurred here.

We asked ASUS about the performance of motherboards with the B350 chipset. Also on March 25, all of these models will receive support for the entire Ryzen 5000 series. Only Ryzen 5 5500 will not be supported. The same constraint also makes it gigabytes.

Level Up: There’s only one week left until Game Festival